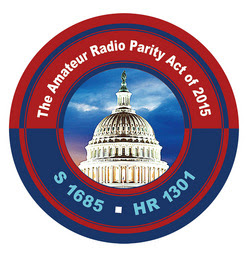 “Congress and the FCC already have acted to prohibit restrictions that prevent the installation of direct-to-home satellite dishes, TV antennas, and customer-end wireless broadband antennas,” the statement said.

The legislation also does not prohibit community associations from reviewing proposed ham radio antenna installations or from having final approval; it limits restrictions to those necessary to accomplish an association’s legitimate purposes — such as safety and aesthetics. The bill does not mandate that a particular size of antenna be permitted, as long as size and placement restrictions do not prohibit, but reasonably accommodate, Amateur Radio communication.

“Claims that the bill will do any of these things are simply wrong, and are either misunderstandings of the plain language of the bill or deliberate misrepresentations,” the ARRL statement asserted.

As introduced in both the House and Senate, the bill recognizes that the federal interest in effective Amateur Radio communication remains the same, whether a residence is subject to state and local regulations, to private land-use restrictions, or both.